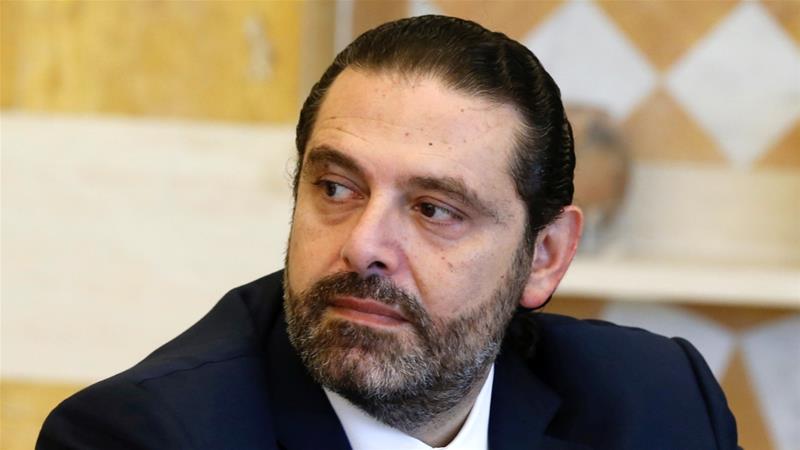 Lebanon's Prime Minister Saad Hariri has turned in his resignation to President Michel Aoun, satisfying one of the main demands of the country's protest movement.

The announcement on Tuesday came on the back of 13 days of mass protests demanding the departure of the country's entire political elite amid growing anger over official corruption, poor public services and years of economic mismanagement.

"We have reached a deadlock and we need a shock in order to brave through the crisis," Hariri said in a televised statement from the capital, Beirut.

"I'm heading to the presidential palace to tender the resignation of the government ... This is in response to the will and demand of the thousands of Lebanese demanding change," he added.

His address came after a group of people loyal to the Shia Hezbollah and Amal movements attacked and destroyed a protest camp set up by anti-government demonstrators in Beirut.

Aoun could now either accept Hariri's resignation and begin consultations towards forming a new government, or ask him to rethink. It took nine months to form the Hariri coalition cabinet that took office in January.

Hariri's resignation defied the powerful Hezbollah, whose leader Hassan Nasrallah has twice said he was against such a step, citing the risk of a dangerous void.

The two-week crisis has paralysed Lebanon, closing banks, schools and some businesses.

Lebanon's banking association said banks would remain shut on Tuesday for a tenth straight working day, but added that the central bank had provided the liquidity necessary to pay out salaries for public sector workers, including members of security forces.

Rami Khouri, a senior public policy fellow and journalism professor at the American University of Beirut, described Hariri's move as a "huge victory" for the protest movement and a "critical turning point".

He added, however, that the prime minister was the "weakest link" in the country's coalition government, which grouped nearly all of Lebanon's main parties, including Hezbollah.

"He was the low-hanging fruit who was likely to resign," Khouri said.

"The question now is will this trigger a process by which Hezbollah, which is the critical player in the background, as well as the president and his party ... will those people agree to a technocratic government, which goes on to the next step of the demands of the protesters?"

Naim Salem, a professor at Notre Dame University, said the next step was for Aoun to appoint a replacement for Hariri.

"This is a very difficult task, and most likely I expect that Hariri will be reappointed again as prime minister, designated to form a new cabinet," he told Al Jazeera from Beirut.

"The need now is to put [together] this new cabinet, [with] people that have the highest level of integrity ... there will be much give and take, much pulling of strings between the major political parties in the country."