Turkey and the Syrian conflict 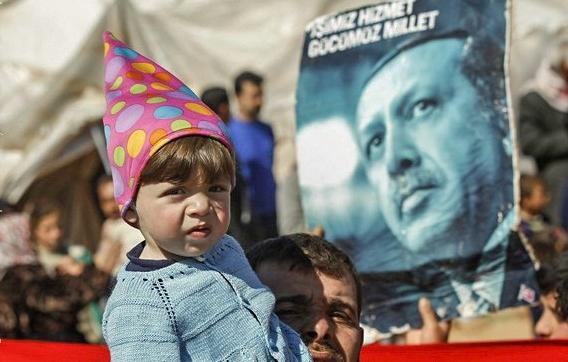 The Syrian civil war has inevitably ended up involving its Turkish neighbour. A first and dramatic consequence were the waves of refugees who began to abandon Syria in 2011. It is estimated that to date some 94,000 people have crossed the border and the United Nations predicts that by the year's end Turkey will have to take charge of 280,000 refugees.

The relations between Ankara and Damascus had been exceptionally positive over the last few years. However, as a result of the events taking place in Syria the Turkish government has decided to take a clear position in favour of regime change. The wager has led Tayyip Erdoğan's executive into direct confrontation with Bachar al-Assad's government. Turkey has backed both the Syrian National Council and the armed Free Syrian Army. The ranks of the latter armed opposition include Salafist combatants from other countries whose presence has contributed to radicalise the consequences of the Syrian conflict.

Tensions between the Turkish and Syrian governments have risen markedly in the last few months. In June, a Turkish military plane was shot down by a Syrian forces, leading Turkey to call a consultation meeting of NATO members under Article 4 of the organisation's charter. In October, five Turkish civilians were killed in Akçakale by Syrian gunfire. Following this attack, the Turkish parliament granted  the government (albeit not unanimously) permission to carry out military action across the border. Ankara maintains that it has not declared war on Damascus but is only exercising its right of reply to Syrian aggression. Within Turkey the majority of the population is opposed to a declaration of war against Syria.

Assad's regime is backed by Russia and Iran, two countries which for commercial and diplomatic reasons are essential for Turkey. Meanwhile, the United States and European Union reject getting directly involved in the Syrian conflict. For Turkey a unilateral intervention, setting it against Russia and Iran is undesirable. Ankara would like to see a speedy transition that brings an end to instability in Syria. Its initial resounding 'no' to the Assad regime is now increasingly nuanced and Ahmet Davutoğlu, Turkey's Minister of Foreign Affairs, has proposed that the transition be led by Syria's Deputy President Farouk al-Sharaa, a position which brings Turkey closer to Russia whose government would like to see a Syrian transition that involves some of the leaders of the former regime stay on.

Criticism from columnists in the Turkish press has rebuked the Turkish executive for getting involved in the Syrian conflict without the necessary diplomatic and military authority to do so, as well as for turning it into a domestic political issue or even a question of “honour”, which has left Ankara with very little room for manoeuvre. Although the Turkish government does not intend, for now, to take its confrontation with Assad to its logical extreme, instability in the region makes it impossible to know what will happen in the future.