A strengthening of ties between Iran and Sudan? 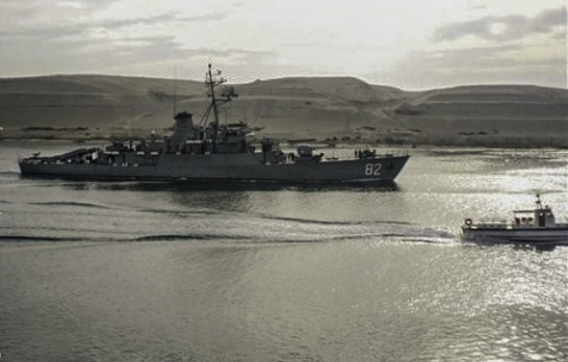 Recent news that sixty Syrian combatants on the side of President al-Assad had been admitted to a military hospital in Port Sudan (a city located on the Red Sea) appears to vindicate reports over the last few months of a close union being forged between Sudan and Iran.

Last October the Iranian naval flotilla freighter Kharg and corvette Shahid Naqdi docked in Port Sudan, just days after the air strikes on the munition factory in Yarmouk, near Khartoum.The strike was supposedly carried out by Israel in retaliation against Sudan's apparent supply of weapons to Palestinian militias.

Although declarations by the Iranian government rule out any special treatment towards Sudan (even if the two countries did sign a still-standing military accord in 2008) Iran asserted that its fleet would guarantee regional security against Israeli threats.

The Sudanese government has not made any declarations as to how the wounded were evacuated to Sudan. However, inconclusive accounts by witnesses, reported by Radio Dabanga on 5 February, claimed that they had been transported by an Iranian frigate from a Russian offshore naval hospital based in Syria. Although such an operation would exceed the capacity of the corvette Shahid Naqdi, the freighter Kharg, were it properly equipped, could have been used as a means of transport. If this were confirmed, it could add to international pressure not only on Iran but also on Morsi's Egypt, which would need to explain why it authorised the frigate's passage through the Suez Canal. Sudan would equally come under scrutiny for the support it would appear to be giving Bashar al-Assad's regime in the Syrian civil war.

During a recent meeting in Cairo of the Organisation of Islamic Cooperation (OCI), of which Russia is an observer state, Ahmadinejad declared that this alliance was the sole option for the interests of the nations and peoples of the region. The declarations have been interpreted as an Iranian move to counter these countries' relations with the West at a time when newly formed governments there are establishing their foreign policies.

Although the final declaration of this gathering laid the blame for violence on Bashar al-Assad and called on the United Nations to assume its responsibilities, Iran expressed its reservations and aligned itself with the position of Russia which has blocked all resolutions about intervention at the U.N. Security Council.

At this same meeting, Omar al-Bashir and Ahmadinejad reached an agreement to increase Iranian investment in Sudan. The strengthening of ties between Sudan and Shiite Iran seems to be creating internal tensions in Sudan as it endangers the donations from the Gulf states and Saudi Arabia – also oil producers – towards whom Bashir turned when he lost absolute control over his country's oil fields to the recently separated South Sudan.

The collaborative network between Iran, Russia and Syria would seem to have found another regional partner: Sudan. The country's anti-Western political past (it was accused of harboring Islamists such as Bin Laden during the 90s) and its strategic location (it is the country that links the turbulent Sahel and is an outlet to the Red Sea) may have made al-Bashir's government a necessary ally.