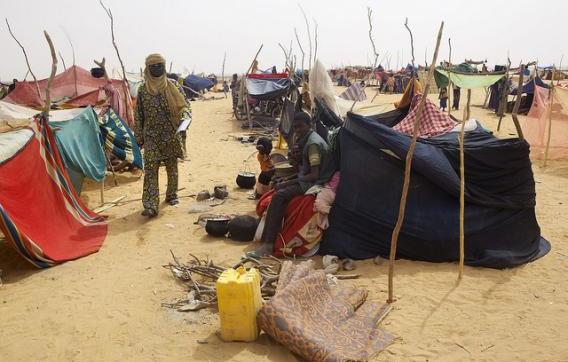 Following Operation Serval, the French military intervention that began in January 2013 and the green light for a United Nations Mission to Mali in late April ((CS/RES/2100 (2013)), political attention in Mali has turned to holding presidential elections in July. Due to have been held in April 2012 but cancelled by the military junta which staged the coup, the transition government has announced the elections will take place on 7 and 21 July 2013. However, there are serious doubts over the likelihood they can take place within the established timeframe.

The main candidates are in favour of holding the elections - the objective of which is obtaining a legitimate government that will allow the country to be remodelled following its twin security and institutional crises. Nevertheless, some candidates, and especially the opposition, are beginning to express their reserves, conscious of the technical delay that exists and therefore of the possibility that the elections being organised could be flawed. This pessimism has also appeared in two of the bodies involved in organising the elections, namely the Independent National Electoral Commission (CENI) and the General Election Delegation (DGE). The head of INEC recently declared that retaining the 7 July date would be difficult due to several 'pre-conditions' still not being met. By contrast, the transition government appears optimistic.

Despite the liberation of the north of the country, terrorist and guerrilla attacks by armed groups are frequent. In addition, the Malian authorities are having to face the major challenge brought on by the thousands of internally displaced citizens and refugees the conflict has caused. It is estimated that around 500,000 Malians have fled their homes during the more than 12 months that the conflict has lasted and it is unclear how they will be able to vote. To date, the Malian administration has barely returned to the north of the country and the technical preparation and external financing of the elections is going more slowly than had been expected. A stumbling block in the north adds to these problems. The NMLA (National Movement for the Liberation of Azawad) does not want elections to be held in Kidal, the main town in the country's extreme north-east, which it retains under its control and where it has forbidden entry to the Malian army.

Despite the bolstering of interim President Traorés authority, the coup leader Amadou Sanogo retains his influence on the country's politics. The captain has declared himself in favour of holding the elections provided they 'are well carried out', and his power poses questions about his participation and influence on both the elections and the post-election period.

France is decidedly in favour of holding the elections in July and is applying pressure on Bamako to keep to the timeframe. President Hollande has stated his “inflexibility” on the question of holding the presidential elections before the end of July. Paris wants a lawfully elected central government to be established when it begins the progressive withdrawal of its 4,000 soldiers deployed in the country.