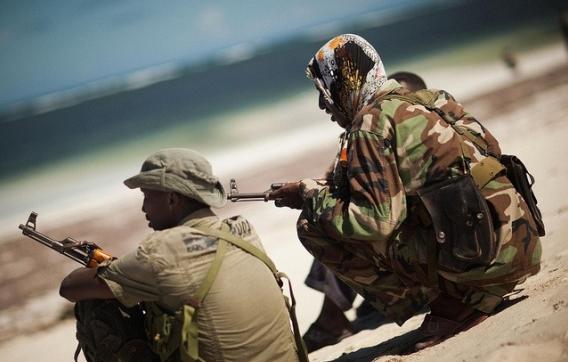 Somalia is a failed state which has been immersed in a violent conflict for over a decade. The greater part of the territory is divided between different warlords who have prevented the country from having a centralised government.

The international community has intervened since the turn of the 21st century proposing various peace processes which have all bar the last one failed. However the one agreed upon in Djibouti, has recently allowed the government in Mogadishu to gain legitimacy among the population. This legitimacy stems from the improvement in security for citizens of the Somali capital.

That said, there are still substantial areas of the country dominated by the Al Shabab guerrilla and which threaten the country's stability. The international community and especially the African Union, have joined forces to topple the guerrilla's main bastions around the country, with conspicuous results. However, a lack of government still predominates around the country.

Against this backdrop, the election of the new president of Somalia, Hassan Sheikh Mohamud, a well-known Islamist, academic and civil society activist took place on 10 September. Sheikh Mohamud's win against the until-now head of state, Sharif Sheikh Ahmed was totally unexpected.

In these indirect elections, Mohamud won the support of 190 out of the 271 members of the recently-formed Somali Parliament. The country's radical Islamists are against the election, considering that it only responds to western interests without taking into account the real needs of the Somali people.

The international community has embraced the new president's arrival with enthusiasm. His election marks the end of the transition period laid out by the Djibouti process and constitutes a crucial moment both in the country's history and for national reconciliation.

Sheik Mohamud's government will face various challenges over its four-year term. Firstly it must obtain the support of all the Somali population. For now it has the recognition of the international powers and probably the citizens of Mogadishu will lend it their support. However, it is essential that Sheikh Mohamud also obtain the recognition as president of that part of the population which falls under the control of “para-governments”.

Al Shabab's role in Somali society is another of the challenges confronting the new president. Thanks to the intervention of AMISOM – the African Union Mission to Somalia – the guerrilla has been markedly weakened, which will allow the president to contemplate a new roadmap to peace which includes the reintegration of the islamist leaders into the new Somalia.