US recognises Somalia: implications and expectations 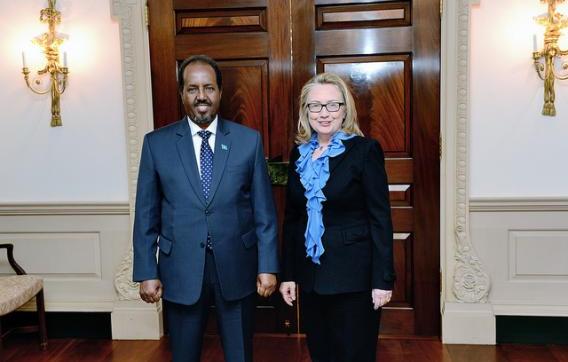 January 17th 2013 has become a day of celebration for Somalis. At last, after several decades of war, unrest and a lack of support on the part of the different administrations in Washington, on 17 January the US recognised the recently designated Somali president and his government.

This recognition has many consequences. Undoubtedly the most important though, is the possibility now open to the Somali central government to become a major recipient of the humanitarian aid and international funding the country so acutely needs.

After 22 years - since 1991 when Siad Barre abandoned Somalia leaving a country engulfed in misery, war and chaos - during which the US adopted seriously misguided policies characterised by indifference toward the population, at last a measure has been adopted which will allow Somalia to begin to put together its damaged institutional fabric.

For the first time in history, an incumbent administration has formally recognised the government of Somalia, a country which obtained its independence on 1 July 1960 only to totally disappear on 26 January 1991 when its national and local institutions 'imploded' and the late President Mohamed Siad Barre and his cabinet fled the country. At that time no central or local authority replaced the popularly overthrown government. Thus Somalia became a 'failed state' and a situation without precedents arose, threatening international peace and security while allowing the development of all the evil forces that have benefitted from it: caudillismo, radicalism, terrorism, piracy, the traffic of human beings and drugs, money laundering and waste dumping, not to mention violence.

Until Hillary Clinton's historic recognition of Somalia on 17 January, backed by President Obama, many dissenting voices had been raised against the US foreign policy applied to Somalia, based solely as it was on the fight against terrorism without any commitment either to the restoration of the institutions of government or the Somali people. Over the years important academics and political figures such as Michael Zorick or Donald Payn, voiced their criticism of these disrespectful and ineffective policies.

The Somali population hopes that this recognition, as well as joint efforts and an alliance between the two countries, will allow the construction of a solid state based on a constitutional model, leaving behind the long years in which the US backed a trusteeship model of government for Somalia as if it were a former US colony.

At this time the Somali government still lacks the political and institutional capacity to face the particular complexities of highly indebted states and its negotiations with international institutions such as the International Monetary Fund or the World Bank are limited. Having American support in all these processes will be a major asset.