Likud ministers on Thursday said the party is open to the idea of a compromise power-sharing deal with rival party Blue and White in a unity government, as suggested by President Reuven Rivlin to end the political deadlock.

“We are ready and willing to negotiate on the basis of the framework presented by the president. The direction that he proposed is correct,” said Tourism Minister Yariv Levin, a Likud negotiator in the coalition talks, in an interview with the Kan public broadcaster. “This alternative is not what we had hoped for, but it’s much better than third elections.”

His comments were echoed by Energy Minister Yuval Steinitz.

The Likud statements came the day after Rivlin tasked Prime Minister Benjamin Netanyahu with forming a majority coalition following last week’s election, the second within five months, which again did not result in a clear path for any party to form a government.

Rivlin had tried to broker a unity government deal between Netanyahu and Gantz, whose party won the most seats in the election but who had less support than Netanyahu from other lawmakers to cobble together a coalition.

Speaking on Wednesday night, the president said he had proposed a “paritetic” unity government, meaning one in which power would be equally divided, and arrangements by which an “interim prime minister” would enjoy all prime ministerial authority if the prime minister was forced to take a leave of absence.

Steinitz, a close confidant of Netanyahu, assessed that Blue and White had “given a cold shoulder” to the proposal because of disputes between party leader MK Benny Gantz and his No. 2, MK Yair Lapid.

Blue and White denied the claim.

Levin predicted that a third election was likely despite the attempts to reach a deal. 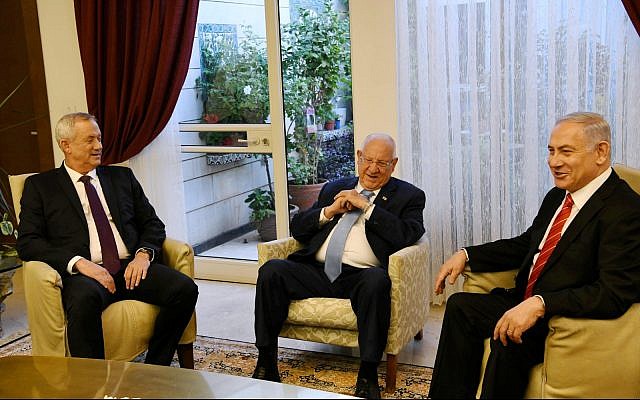 The Haaretz newspaper reported Wednesday that Netanyahu had agreed to the power-sharing arrangement but that it was rebuffed by Gantz.

The report, which was not sourced, said that after Netanyahu agreed, Gantz debated the idea but ultimately rejected it. The report described the proposal accepted by Netanyahu but rejected by Gantz as calling for a situation in which the two men “would serve as prime minister simultaneously.” However, Rivlin in public on Wednesday did not specify such an arrangement. 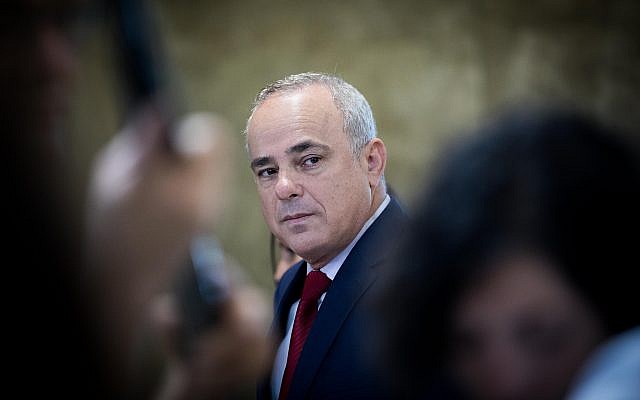 Yuval Steinitz at the weekly cabinet meeting in Jerusalem on June 18, 2017. (Yonatan Sindel/Flash90)

Following the breakdown of two days of talks brokered by Rivlin, the president gave Netanyahu the mandate to try to form a coalition.

Rivlin publicly laid out elements of the compromise he had suggested in his closed-door talks with the rival candidates, saying that he had proposed to Gantz and Netanyahu a legal change to the position of “interim prime minister” that would grant the office holder “full power” in the case the prime minister cannot carry out his duties.

“As long as the prime minister is unavailable, his role will be preserved and he will return to it when he is able to. That was my proposal and that is what I suggest,” Rivlin said. 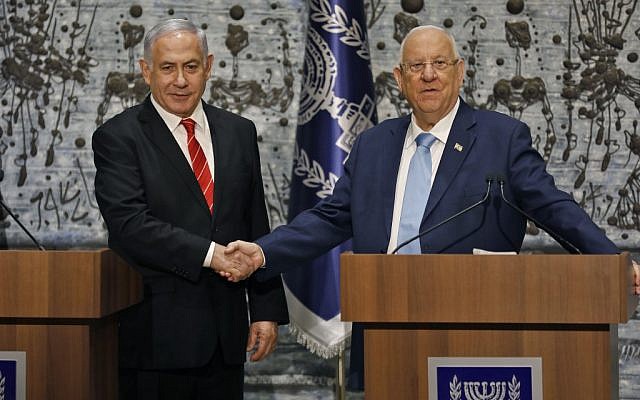 Such a change could theoretically allow Netanyahu to take a leave of absence if he is formally charged in the trio of graft cases against him, enabling Gantz to avoid serving in a government with a prime minister who is under indictment. Netanyahu is facing a hearing next week with the attorney general, ahead of a decision on whether to indict in the cases against him.

The president also proposed extending the period for which a prime minister could take leave without surrendering his job beyond the current 100-day maximum. And he said he had suggested a power sharing government arrangement, under which all government authority would be equally distributed between the two rival parties.

After Rivlin tasked Netanyahu with forming a coalition, Gantz again ruled out his Blue and White alliance joining a government led by a prime minister facing serious criminal charges.

“Blue and White led by me will not agree to sit in a government with a leader facing a severe indictment,” Gantz said late Wednesday.

Speaking to the Kan radio station on Thursday, Steinitz stressed that by law, Netanyahu is entitled to remain prime minister unless and until he is convicted and all appeals are exhausted. He described Blue and White’s position as a “boycott of Netanyahu” and said it was “absurd.”

He also rejected the idea that Likud would allow someone else from the party to lead the government if Netanyahu failed to reach a coalition agreement within the allotted time period to complete the task. 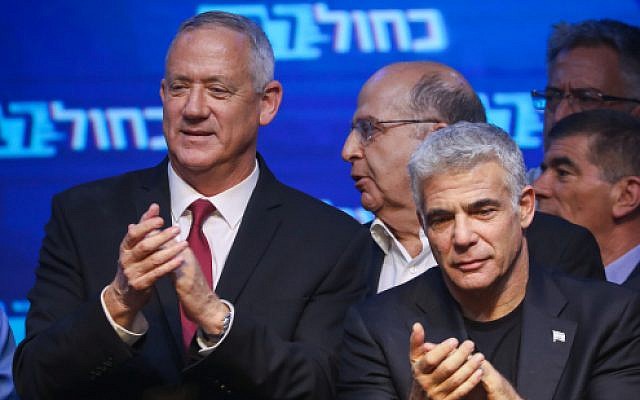 Netanyahu is facing an indictment, pending a hearing next week, in three corruption cases, one of which also includes a count of bribery. He denies all the charges.

Explaining his decision to pick Netanyahu, Rivlin said Wednesday that though neither the Likud head nor Gantz had the support of a majority of lawmakers, the premier still had a better shot at forming a government.

“For me the only question is who has the best possibility to form a coalition. In this situation, 55 MKs supported Netanyahu and 54 supported Gantz. But 10 of those from the Joint List said they would not sit with Gantz, whereas the full bloc of 55 said they would support Netanyahu,” Rivlin said, standing alongside Netanyahu at his official residence.

Rivlin said he conditioned giving the mandate to form a government on the candidate agreeing to return it if he fails to muster a majority. After failing to form a government following the elections in April, Netanyahu pushed through a vote to dissolve the Knesset and call a snap poll, rather than allow Gantz to get a crack at building a coalition.

Rivlin twice stressed in his speech Wednesday that Israelis do not want a third round of elections, saying “the public will pay the price” of a failure by Netanyahu and Gantz to find common ground.

Accepting the mandate, Netanyahu again appealed to Gantz to join him in a unity government under a “joint leadership.”

Netanyahu will now have 28 days to form a government, with a possible two-week extension.

If all attempts fail, Rivlin can then assign the task to someone else.

Final results from September 17 voting gave Gantz’s centrist Blue and White 33 seats, ahead of right-wing Likud’s 32 out of a total 120 seats in the Knesset.

Neither has a clear path to a majority coalition.