More than a week after the polling stations closed, the Central Elections Committee on Wednesday released what it said were the final results of the second election of 2019, confirming a deadlock — the Likud and Blue and White parties almost evenly matched and, with them, the right and center-left blocs all but tied.

President Reuven Rivlin accepted the official results during a Wednesday meeting with Central Elections Committee chairman Justice Hanan Melcer. During the ceremony, Rivlin told the Supreme Court justice he hoped Israel will avoid a third round of elections this year and coalition negotiations will yield a government. “I hope we won’t have another election soon,” said Rivlin.

“Despite the short notice and the various pressures placed on the Central Elections Committee, you succeeded in holding elections that were free of interference and focused on the issues, without fear or favor,” the president told Melcer. “In the few cases where there were suspicions of tampering, the committee intervened in the most professional way to ensure that all rules and laws were observed and by law.” 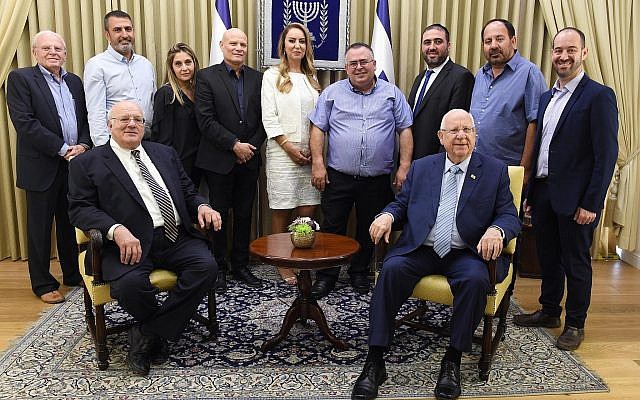 The president spoke about various demands in the run-up to polling day to update election laws regarding the voting process, including over the use of cameras to supervise the vote, saying these discussions “came at the wrong time, with campaigns underway and at a time of heightened emotions.” The laws do need updating, he clarified, but the matter should be handled in the coming Knesset “with the patience and seriousness it deserves.”

While 29 parties ran in the election, the final results gave seats to only nine, leaving out at least one disappointed faction that had confidently expected to get into the Knesset — the hard-right Otzma Yehudit party — and others that never had a prayer.

The final count was delayed due to the need to carefully calculate the “extra” votes for each party cast by soldiers, diplomats and other absentees, which led to adjustments of the tentative results that had been issued last week.

In addition, following claims of mass voter fraud, some 70 lawyers and committee officials have been picking through piles of blue envelopes containing voter slips in an attempt to ensure the integrity of the ballot and identify any irregularities that might have been missed.

The change gives Likud 32 seats, and UTJ drops from eight seats to seven.

Likud still remains a seat behind Blue and White, and the new tally does not shift the balance of power between the rival blocs headed by Likud’s Prime Minister Benjamin Netanyahu and Blue and White chair Benny Gantz.

Third was the Joint List alliance of Arab-majority parties at 13, followed by the ultra-Orthodox parties Shas with nine and Avigdor Liberman’s Yisrael Beytenu with eight seats.

Rounding out the list were United Torah Judaism and Yamina with seven seats, Labor-Gesher with six and the Democratic Camp with five.

Presenting the final results on Wednesday, Central Elections Committee chairman Melcer said that there had been “attempts to delegitimize the results and the committee” but that it had stood up against them and proved its role as “a steadfast protector of Israeli democracy.” 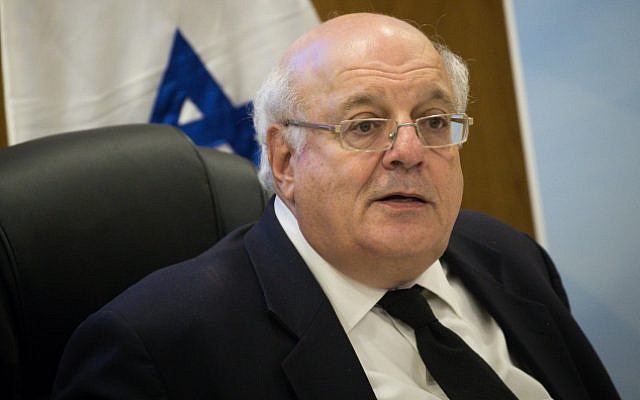 Following is a complete list of seats, vote percentage and total votes received by each of the parties who ran in the September 17 election for the 22nd Knesset:

Parties that failed to cross the 3.25% electoral threshold: