From one surprise to another 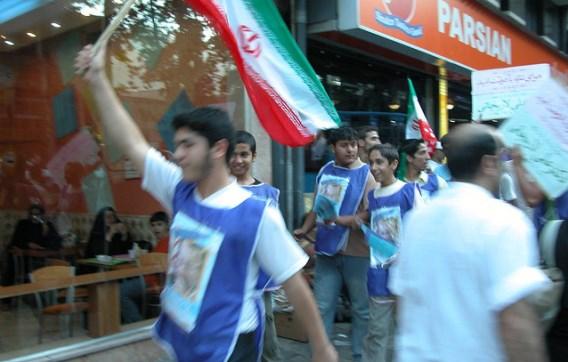 We have become accustomed to major surprises during Iranian presidential elections. While the 1997 and 2005 elections were won by the least-expected candidates (Mohamed Khatami and Mahmoud Ahmadinejad), and the 2009 elections ended in the biggest political crisis the republic has undergone in its thirty year history, the 2013 elections will be remembered for the rejection of Hashemi Rafsanjani and Esfandiar, the two most awkward candidates for the Leader, Ali Khamenei. The latter of the two has, however, decided to wage a legal battle to have the Guardian Council review its decision – something that has only occurred once in previous elections. The final word has yet to be spoken in this case, and it is likely that Mashaei's protector, President Ahmadinejad will take some kind of action to pressure the Leader and the Guardian Council.

Regardless of how this issue plays out, three out of the eight accepted candidates have considerable foreign policy experience, above all relating to nuclear negotiation. Ali Akbar Velayati was Minister of Foreign Affairs for sixteen years straight, during the presidencies of Khamenei (1981-1989) and Rafsanjani (1989-1997), including the difficult years of war against Iraq. Hassan Rouhani was secretary of the National Security Council (NSC) between 1989 and 2005, and accordingly served as nuclear negotiator with the EU-3 group during Khatami's presidency. Lastly, Saeed Jalili is the current NSC secretary, a position he has held since 2007, as well as head of the nuclear negotiation group in talks with the 5+1 group. Any one of these three would be well regarded by the international community, which would rather not to have to deal with an unknown face at international forums. It is Velayati however, who as personal foreign policy adviser to the Leader Khamenei, could most faithfully represent the foreign policy thinking and decisions of the Leader, which would theoretically facilitate future rounds of negotiations.

Another two candidates, Bagher Ghalibaf (the mayor of Tehran and a former presidential candidate in 2005) and Gholam Haddad Adel (a former parliamentary Speaker between 2004 and 2008, and Khamenei's relative by marriage) formed a coalition with Velayati in April, which makes it likely that one or other of these three candidates will withdraw in the coming days.

Mohsen Rezaei was a candidate in 2005 and 2009. In 2005 he withdrew a few days before the elections, speaking out about manoeuvres aimed at undermining his candidacy. In 2009 he condemned the results but did not take part in the pro-Mousavi demonstrations. The only candidate who is considered a 'reformist' is Mohammad Reza Aref who was a minister and then vice-president in Khatami's government. Following the 2009 post-electoral protests many reformist politicians were imprisoned and given life bans from political activity. Aref is thus one of the few who have been allowed to take part. Undoubtedly his participation in the presidential race will be negligible and it is likely he will withdraw in favour of Rouhani.

Mohammad Gharazi is the least well-known of the eight. Between 1981 and 1985 he was Minister of Petroleum under Khamenei and Minister of Post and Communication between 1985 and 1997 under Khamenei and Rafasanjani's presidencies. What is surprising however, is his past links to the Mojahedin-e-Khalq, a terrorist organisation that is an enemy of the Islamic Republic. Gharazi seems to have been a supporter of the organisation in the years prior to the revolution, only to abandon it when it chose to ally with Saddam Hussein and fight against Iran.