More than just a Constitutional Referendum 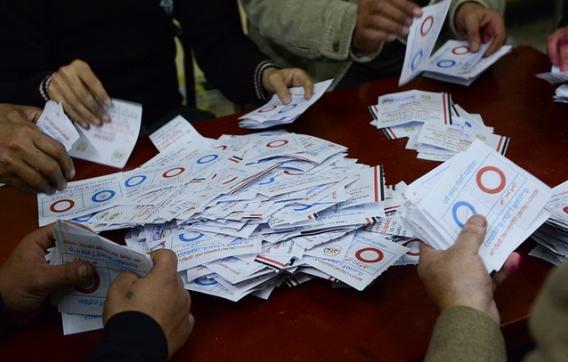 The High Election Commission, the institution in charge of organising and supervising Egypt's constitutional referendum, held January 14th and 15th 2014, announced its results on January 18th. With a 38.6% turnout – around 21 million of the 53 million Egyptian men and women entitled to vote – 98.1% chose to ratify the new constitution.

Comparisons are inevitable with the previous referendum, held during the presidency of the Islamist Mohammed Morsi in December 2012, in which 32.9% of eligible citizens – approximately 17 million – turned out to vote. This month's referendum, in other words, saw around four million more Egyptians cast a vote, and this in spite of a boycott by the Muslim Brotherhood, several Salafist sectors and other Islamist groups such as Gama'a al-Islamiyya. The 2012 Constitution was passed with 64% of votes in favour, which meant that 10 million Egyptians approved the text. Meanwhile in this referendum the constitution was approved by double the number of citizens (20 million).

With these results, those currently in power and those who back the current political process in Egypt – that is to say, the military, the traditional political parties, part of the Salafist forces and a segment of the revolutionary forces – have fulfilled one of their objectives. This was to confer electoral legitimacy on the roadmap presented last June 30th 2013, even if it already had the 'legitimacy of the street'.

It is true that a significant portion of the population has, by voting in favour of the new constitutional document, virtually without having even read it, demonstrated their support for the interim government in place since June 30th, as well as for its military backers, embodied in the charismatic figure of General Abdel Fattah Al Sisi. Three years after the outset of the revolution, these Egyptians desire political and economic stability , and above all, an improvement in their living conditions.

Nevertheless, the turnout was not as high as the current rulers or their allies in the news media might have hoped for. Especially if one takes into consideration the massive campaign in favour of the Yes-vote that saturated cities, villages and television and radio stations across the country. The international and domestic NGO's that took part as observers in the referendum (Transparency International, the Carter Center, One World Foundation, among others) highlighted the absence from both the public and private airwaves of those calling for a No-vote or for a boycott of the referendum. For the current regime to really come out of this referendum strengthened, the turnout needed to have been much higher. The fact is, that not all those who want the new Constitution to be passed are in favour of General Sisi, or of his probable candidacy to be Egypt's next president.